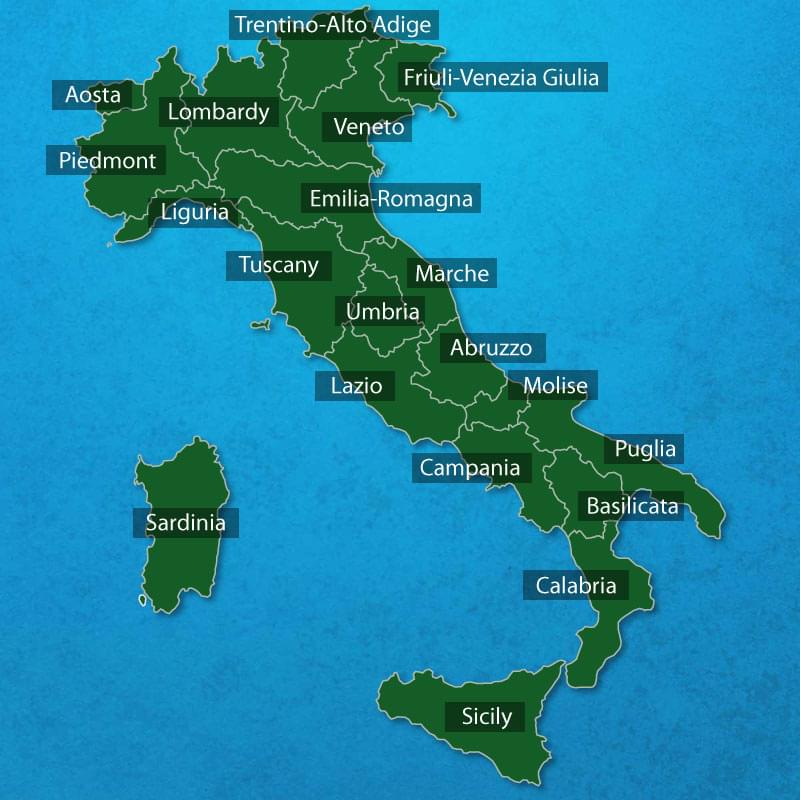 Much of the unique quality and appeal of Italy comes from the variety and individuality of Italy's regions. There are twenty regions in Italy and before Italian Unification in 1861, many of these regions were proudly independent. In many areas that independence can still be felt today. For outsiders, the differing characteristics of certain regions can be obvious.

It would be difficult to confuse the mountains of Aosta with the rolling hills of Tuscany. 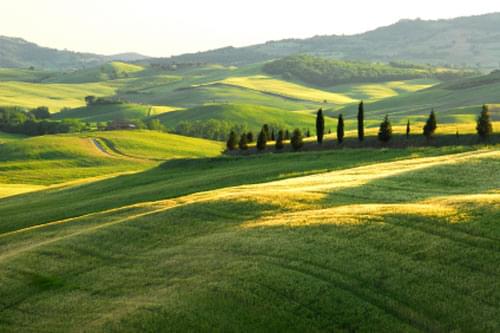 ... or the canals of Venice with the white beaches and turquoise sea of Sardinia. 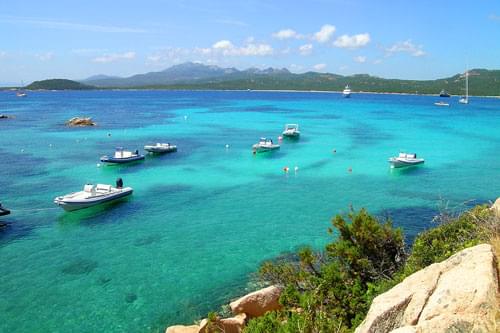 ... or the sun-soaked charm of Sicily with the architectural splendour of Rome. 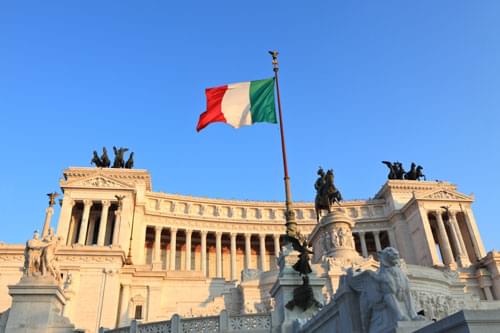 However, not all of the differences are quite so obvious.

All of the regions of Italy are very distinctive and often the landscape and way of life changes quite dramatically between one region and the next. Although Italian is spoken throughout Italy, many of the regions have their own dialects, some totally unrecognisable from standard Italian.

There are often differences in appearance between people from different regions. Venetians can be taller and thinner than some of their cousins from Naples and the dark hair and brown eyes of the Mezzogiorno can look very different from the blonde hair and blue eyes of the regions in the far north. But the main thing that makes each Italian region unique is the attitude of the people. Italians are fiercely loyal to their own region, each believing that theirs is better than any other. There is even an expression for it: 'Campanilismo' (the love of one's own bell-tower). 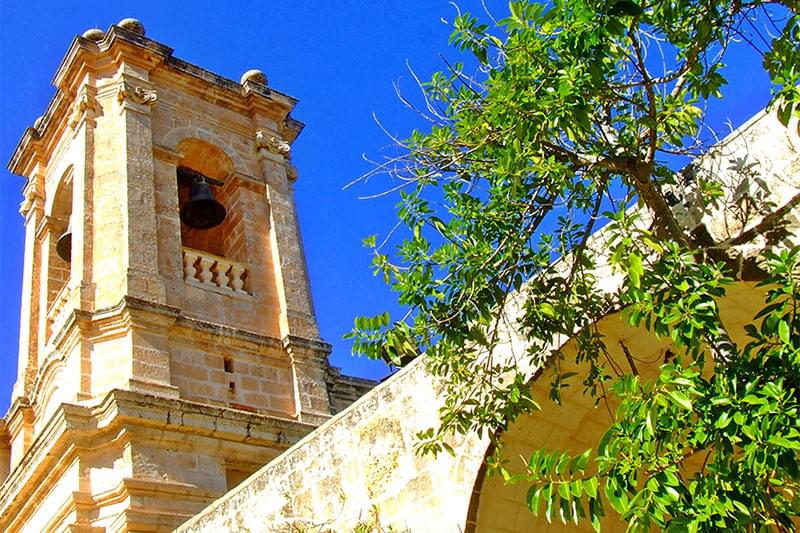 They love the landscape of their own home and think their region's climate is the best and steadfastly hang on to every tradition and fragment of culture that is historically theirs. 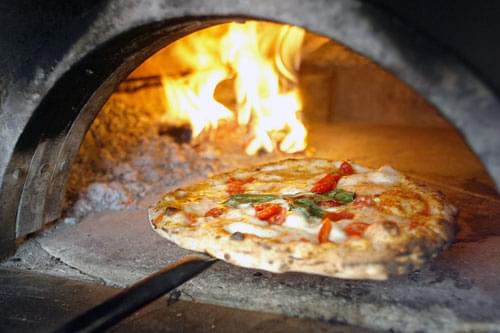 Food and wine are the biggest differences of all, with people from one region almost refusing to eat anything from another. Recipes have been handed down for many generations and certain dishes that we have grown to love outside Italy are only eaten in one small corner of a particular region and are almost unheard of elsewhere. 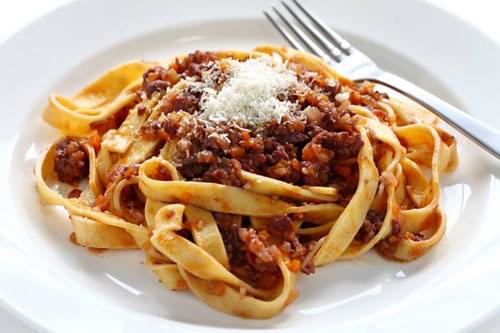 In Italy, these differences in eating habits and tastes are the backbone of many heated and animated discussions.

Politically, the regions of Italy are the primary administrative divisions of the state. The twenty regions are divided into one hundred and ten provinces which are in turn divided into eight thousand, one hundred comuni (Italian plural of comune).

Each region has an elected parliament and a regional government headed by the regional president, who is elected directly by the residents of the region. Each region has a constitution or 'statute'. Of the twenty regions, fifteen have ordinary statutes and five have special statutes awarded because of their individual circumstances. These special regions are: Sardinia, Sicily, Trentino-Alto Adige, Aosta Valley and Friuli-Venezia Giulia. These regions effectively have home rule and keep between 60% (Friuli-Venezia Giulia) and 100% (Sardinia) of all taxes raised. In return they are responsible for funding almost all of the public services themselves. The regions with ordinary statutes keep only 20% of the local taxes raised, which is used primarily to fund the region-based health service.

Provinces & Abbreviations
The Best of Italy 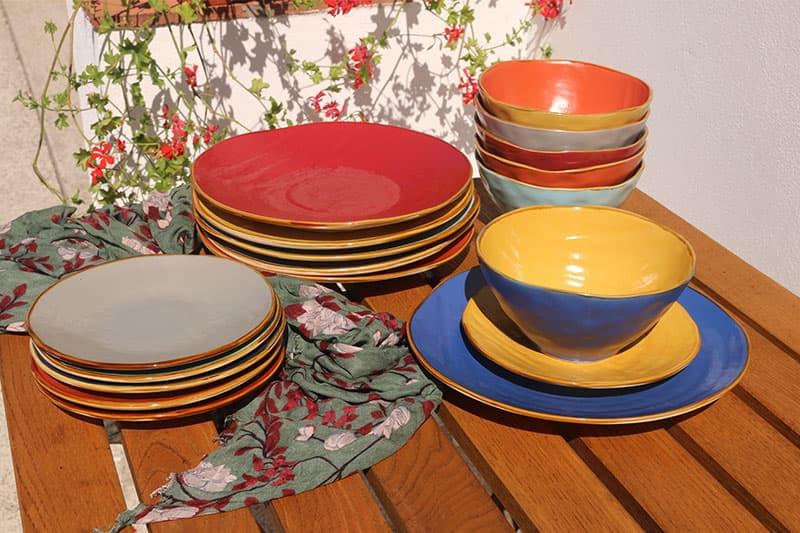 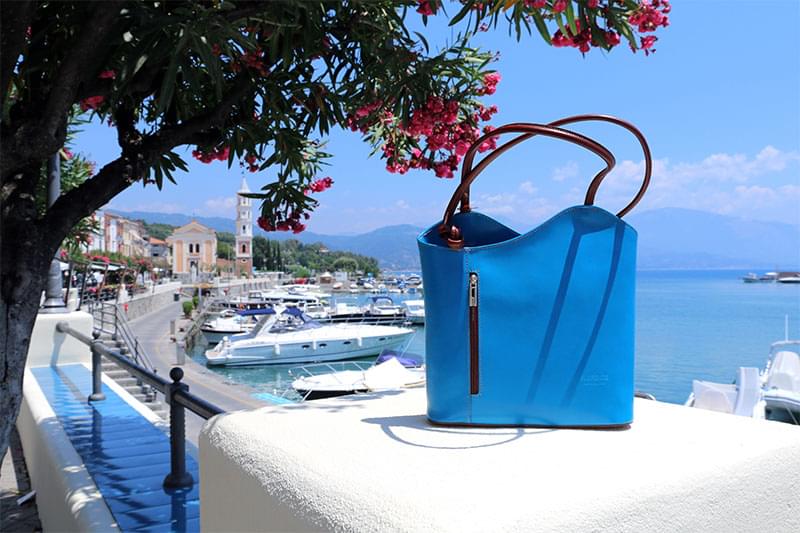 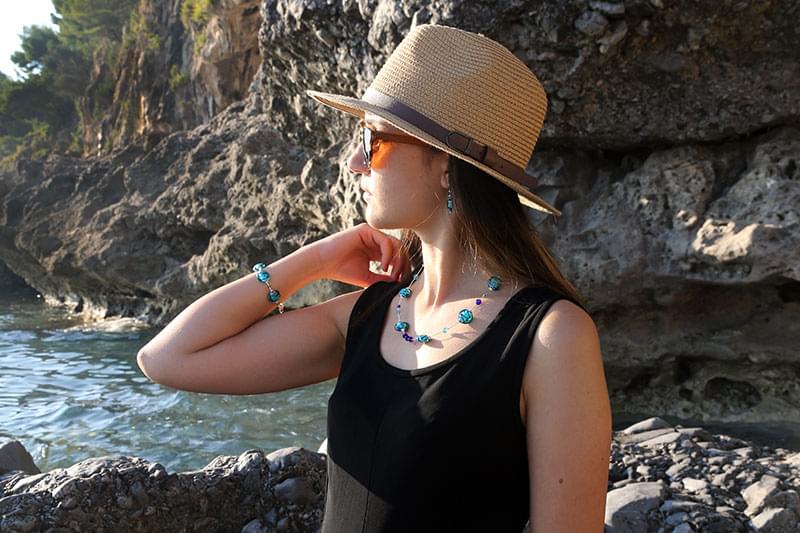 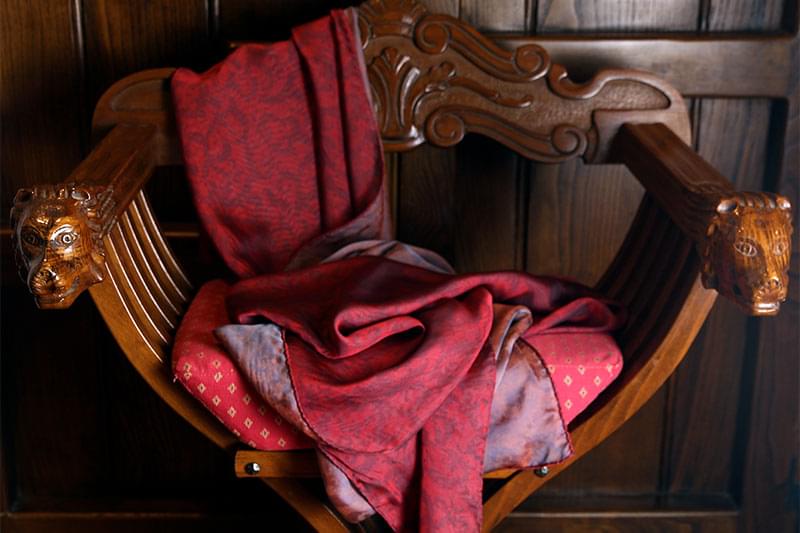 Italian Silk
Italy, at your own pace 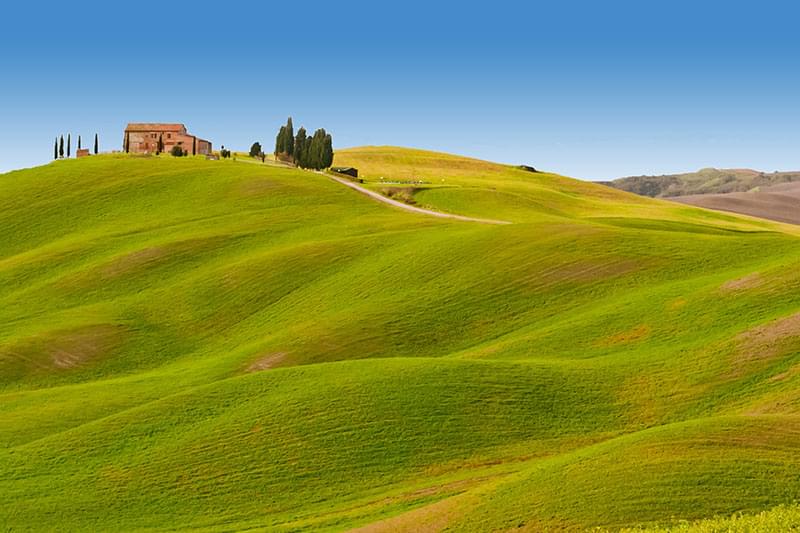 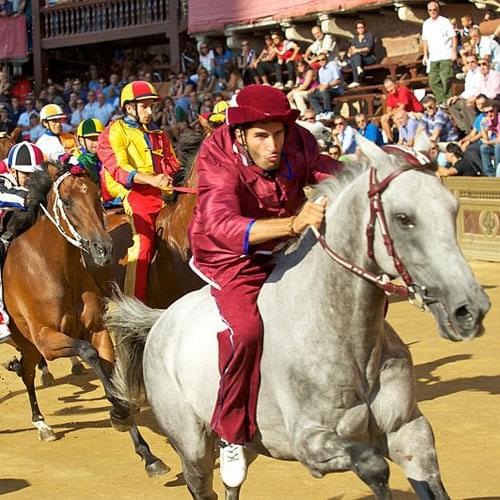 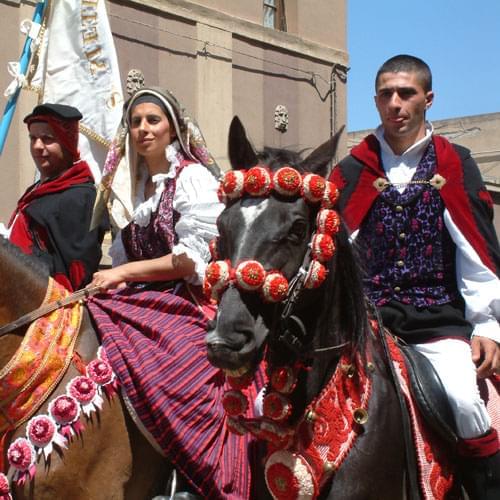 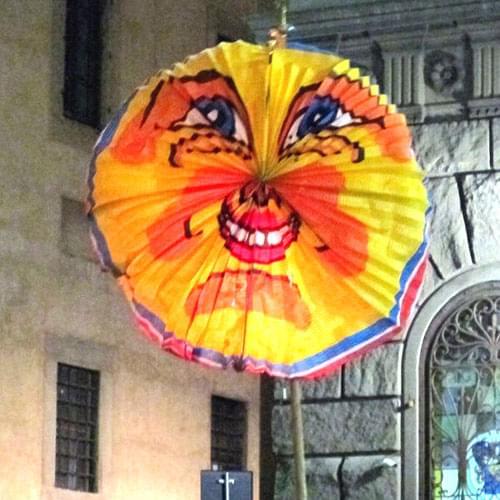 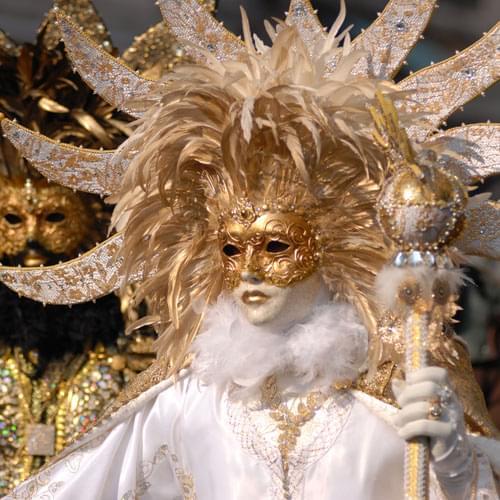 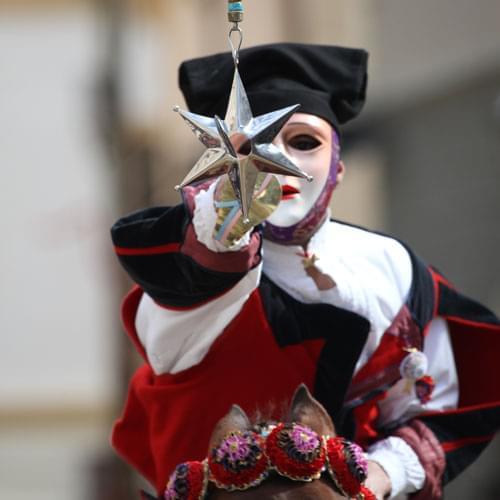 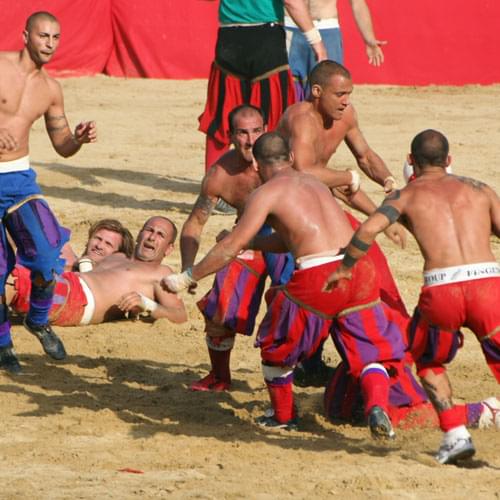 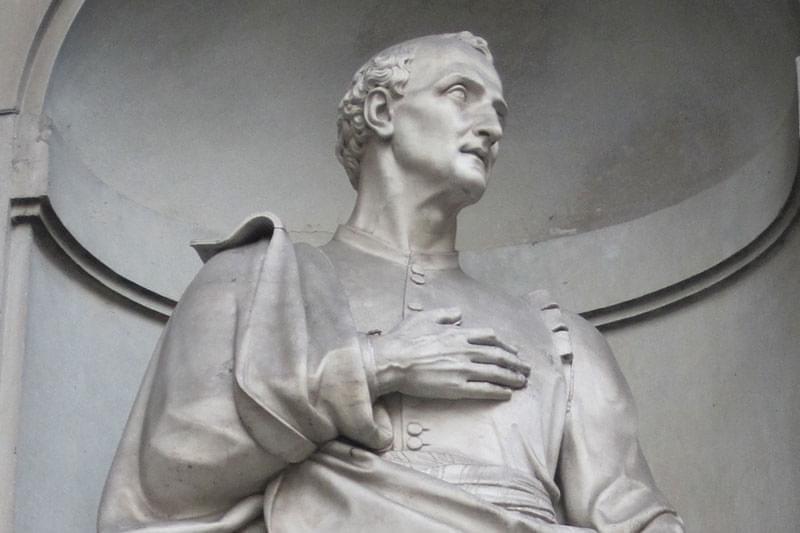 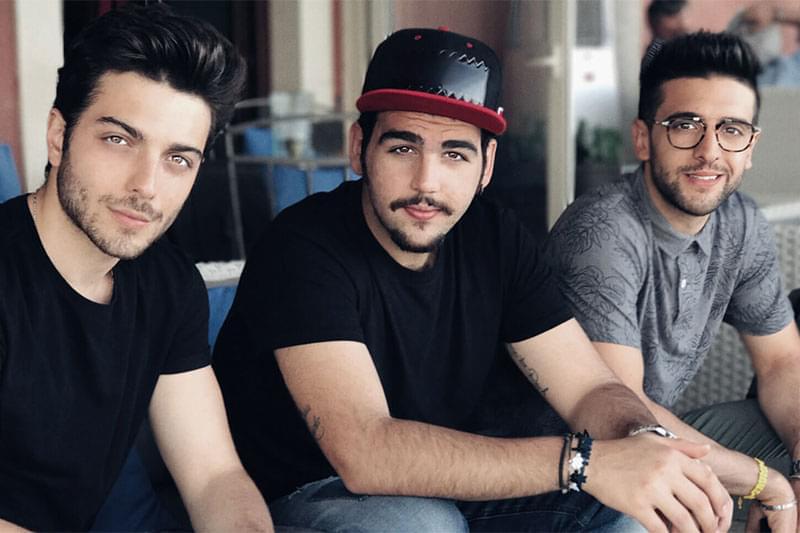 Il Volo
Newsletter
Enter your email address below to receive our free, monthly newsletter containing all our most recent articles, current stories in the Italian news,
useful information for expats and visitors and our latest, delicious Italian recipes.
We will not use your email address for any other purpose or pass it on to any other organisation and you can unsubscribe from this service at any time.